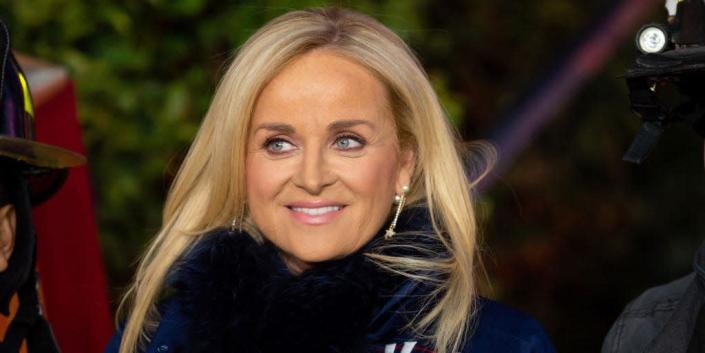 Fox is currently battling a $1.9 billion lawsuit from Dominion Voting Systems, which accuses it of spreading baseless claims that Dominion machines were used as part of a plot to deprive Trump of victory in 2020.

According to a Dominion attorney at a recent court appearance, Scott sent an email expressing doubt about the election-fraud narrative shortly after the 2020 election.

She is said to have warned against “giving the crazies an inch” by promoting the claims.

The Times reported further examples, saying that in meetings Scott was also critical of the election-denial claims.

One unnamed Fox staffer told the Times that Scott described herself as being in disbelief at how many people she considered rational believed that it was possible to stop Joe Biden taking office.

Scott’s claims about the election are likely to figure prominently in Dominion’s case, with the company arguing that the network broadcast the fraud claims despite knowing them to be false. A date for the trial has been set for April.

Fox News championed Trump’s presidency, but came under intense pressure from the former president and his aids after calling Arizona for Biden, a turning point on election night from which Trump never recovered.

In a statement to The Times, Fox News defended Scott’s record at the network and said that the discussion of the election fraud claims on the network was protected under the First Amendment.

“There is nothing more newsworthy than covering the president of the United States and his lawyers making allegations,” Fox News Media said in a statement to the Times.